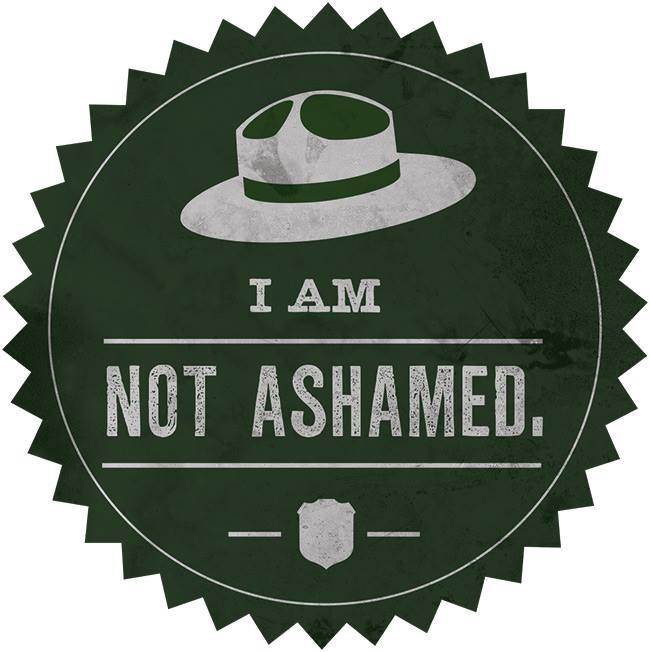 On October 1, a group of Massachusetts residents arrived at Yellowstone National Park to discover that the park had been closed thanks to the government shutdown. What occurred at that point was then described by the tour organizer in near-apocalyptic terms:

We’ve become a country of fear, guns and control. It was like they brought out the armed forces… They looked like Hulk Hogans, armed. They told us you can’t go outside. “Some of the Asians who were on the tour said, ‘Oh my God, are we under arrest?’ They felt like they were criminals… My father took a lot of crap from the Japanese,” she recalled, her eyes welling with tears. “Every day they made him bow to the Japanese flag. But he stood up to them. He always said to stand up for what you believe in, and don’t let them push you around.”

Another person in the tour group described their treatment by NPS guards as akin to “Gestapo tactics.”

Ha ha, I love this about America… That’s exactly what I’d be doing right now if I had planned and traveled to some of these open-air monuments and parks that are “shut down” for no defensible reason.

I have little sympathy for this tour group, especially because they defied the wishes of the NPS to leave the park and put themselves in potential danger by getting out of the bus to take pictures of nearby bison anyway. Many bloggers have correctly argued that the tour organizers–not the NPS–deserve further scrutiny for the organization of their trip. The government shutdown was anticipated long before October. Others that have expressed their wishes to defy the NPS also deserve little sympathy.

Folks, the parks are closed (except for Utah’s). It takes money to run a National Park, and even though the parks are owned by the American people by virtue of their tax dollars, it doesn’t mean that Americans have unlimited access to their parks, especially when their funding agency decides to cease all funds. What seems to get lost in many of these discussions is that one of the central educational goals of the NPS is promoting conservation and preservation of nature, wildlife, and historic artifacts. Much like practitioners in a library or museum setting, National Park Service employees must find a delicate balance between preservation of and access to resources. Access is important, but that access is meaningless if the resources being accessed are destroyed in the process of accession. When Congress stops funding the NPS, it means that our National treasures are no longer being preserved. Just because you “planned and traveled” to go see a National Park during the shutdown doesn’t mean your wishes will be granted. Rather than blaming the NPS, consider contacting your representation in Washington, D.C.

National Park Service employees fight wildfires, protect borders, provide aid to hikers, educate visitors about American history, and help set boundaries for safe usage of our National Parks (as evidenced in this case here, where someone didn’t follow the rules.). The importance of the NPS and its workers is also clearly laid out here. Sadly, some NPS employees lose their lives protecting visitors of National Parks, and it’s times like these when we need to do a better job of acknowledging the work of the National Park Service. Of all the things Democrats and Republicans disagree on, I’d like to think the NPS is one national organization we can all agree serves an important purpose in promoting and protecting our national heritage.

I am tired of hearing criticisms of the NPS. I stand with the National Park Service.