As a public historian who discusses the history of U.S. slavery on a daily basis with a wide range of audiences, I accept that some of the visitors I interact with are ambivalent about the topic. Online reviews sometimes complain of “political correctness” in our interpretations, which I view as a politically correct way of saying we spend too much time discussing slavery and African American history. A few rare times visitors have approached me minutes after my tour introduction to tell me that, well, slavery was bad and all, but this whole Civil War thing was really about [insert reference to states’ rights, “economics,” or “money”] and it really had little to do with slavery.

I am used to these sorts of comments now and am usually ready to gently push back against them in a respectful way. I have the support of vast amounts of historical evidence and institutional backing to justify my basic claim that debates over slavery–particularly its westward expansion into new territories and states–became increasingly heated and played a huge role in the outbreak of hostilities between the United States and the Confederacy in 1861. Slavery and opposition to it are worthwhile topics of study because they speak to larger values that shaped the country’s governing documents and its history. They show us that the white residents of the freest country in the world couldn’t agree on what it actually meant to be free. Who would be allowed to participate in the process of “government of the people, by the people, for the people” or enjoy the benefits of life, liberty, and the pursuit of happiness? The end of slavery partially addressed the problem of freedom’s definition, and we should strive to end it wherever it exists today.

It has become increasingly troubling to me, therefore, to experience an increasing number of visitors who aggressively assert that because slavery had long existed before the United States became a country, its existence here during the country’s first eighty years should not be condemned or judged. Today a man in his 60s or 70s raised his voice to tell me, more or less, that:

Slavery existed all over the world before it came here! The Romans owned slaves! SLAVES OWNED SLAVES! It wasn’t evil and we can’t judge it – slavery was a normal practice and a way of life for many cultures throughout history. We don’t really teach our students history anymore, just politics.

I wondered to myself during this moment that if slavery wasn’t that bad, certainly this person would be the first one to volunteer himself onto the auction block to be sold into chains.

Some Americans believe that the United States was given a divine mission from God to promote and spread freedom and liberty here and abroad; that we are a unique people who have transcended human history and made the world a better place; that a republican form of government that ensures equality, opportunity, and freedom of body and mind is ultimately more powerful and enduring than a government based on dictators, monarchs, arbitrary power, hierarchy, and the enslavement of any part of its populace. I don’t believe we’ve always lived up to these basic ideals, nor do I believe we are God’s uniquely chosen people, but admire much of  the spirit of our republican ideals.

Abraham Lincoln didn’t necessarily believe that white and black Americans were equal or that they could even live together in harmony, but he boldly declared slavery an evil when other Americans said that slavery was natural, historical (“the Romans owned slaves!”), and not that bad:

I can not but hate [the declared indifference for slavery’s spread]. I hate it because of the monstrous injustice of slavery itself. I hate it because it deprives our republican example of its just influence in the world — enables the enemies of free institutions, with plausibility, to taunt us as hypocrites — causes the real friends of freedom to doubt our sincerity, and especially because it forces so many really good men amongst ourselves into an open war with the very fundamental principles of civil liberty — criticising [sic] the Declaration of Independence, and insisting that there is no right principle of action but self-interest.

Lincoln and the Republicans of the 1850s believed that freedom–not slavery–was the natural state of humanity, and that all people were entitled to life, liberty and the pursuit of happiness, regardless of their station in life.

It’s worth thinking about the state of contemporary society when this moral equivalence about slavery is expressed by self-professed lovers of freedom in such a casual way – when the spirit of Stephen Douglas and not Abraham Lincoln is the moral compass of contemporary American politics. I hate the indifference, the injustice, and the moral equivalency of such rhetoric. I’ve gotten used to hearing stuff about how slavery existed long before it arrived in America and that we should stop making such a big deal about it, but I will never be comfortable with it. 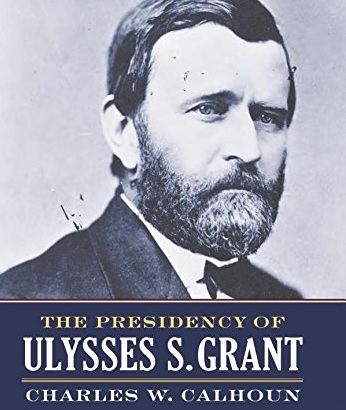 Over the past thirty years, Ulysses S. Grant has seemingly become a topic of study for every pop historian and Civil War expert in the field. The heavy work of reassessing Grant started with historian Brooks Simpson, but now countless biographies of the man–several of them 700 to 1,000 pages long–have been published in recent years. Several noteworthy figures well-known beyond the academy such as H.W. Brands, Ron White, and Ron Chernow have all taken their turn writing studies that can easily be found on the shelves of a local Barnes & Noble store. The accuracy and reliability of these Grant biographies vary. It is easy to look at every new major biography and wonder what else needs to be said that hasn’t already been said.

From my perspective on the ground level of public history, however, I can safely say that even though Grant’s reputation as a whole has improved considerably, the view of Grant’s presidency as hopelessly corrupt and failed still remains. Classrooms throughout the country still point to corruption claims as the one major fact to know about Grant’s presidency, and academic historians not intimately connected to the Grant studies phenomenon still frequently look upon his two terms negatively or not at all. Richard White’s magisterial new overview of Reconstruction and the Gilded Age, The Republic for Which it Stands, cites liberally from William McFeely’s problematic Grant biography and subsequently interprets Grant as a vain, publicity-starved executive who did not really care about the protection of black rights in the South. Eric Foner’s equally magisterial overview of Reconstruction barely mentions the Grant administration at all, even though its eight years in office occurred during that era. Kenneth Stampp’s now-dated study of Reconstruction conveys a sentiment still common among most Americans that Grant “contributed little but political ineptitude” during his presidency.

And so, within a crowded field of new Grant scholarship and still widely divergent understandings of Grant’s presidency among history enthusiasts of all levels, Charles Calhoun’s new study of Ulysses S. Grant’s presidency manages to say something new about a greatly misunderstood time in American history. In assessing the Grant administration, Calhoun convincingly argues that Grant’s presidency “produced a record of considerable energy and success, tempered at times by frustration and blighted expectation” (7). Determined to face the new political challenges of Reconstruction in his own way, Grant faced enormous resistance from his critics even before taking office. Given the circumstances, one would be hard pressed to find anyone from the time who could have done any better.

Calhoun’s book works well on two levels. For those already familiar with the issues Grant faced during his presidency, Calhoun provides added depth. For those not familiar with those issues, the book’s clarity allows it to simultaneously function as a useful introduction.

Among the arguments Calhoun makes:

Last week I had the honor of being invited to speak via the BlueJeans app to Dr. Thomas Cauvin’s history graduate students at Colorado State University about public monuments and historical interpretation. I found the discussion fascinating. The students had a lot of good questions, and some of them were really tough to answer cogently. It’s one thing to write out an idea while in deep contemplation and without a time limit, but a whole other challenge to answer a tough question on the spot. I am not a fan of watching or hearing myself after a recording, but if you want to see our discussion and learn a little about Dr. Cauvin’s class on historical monuments, follow this link. Hopefully I sound like I have a basic idea of what I’m talking about. Enjoy!